* In case of any delay in receiving the OTP, you may verify it later. Please proceed without verification.

Enter your City name or Pincode

A beautiful spot in the deep woods of Saranda, Chiria or Chiriya is a small town located in Manoharpur Block in Pashchimi Singhbhum district of Jharkhand. It maintains a significant place within the state because it fulfills many of Jharkhand’s economic requirements. The town has located the country’s largest iron ore mine, controlled by Steel Authority of India (SAI) Limited, with reserves of 2000 million tonnes of iron ore. 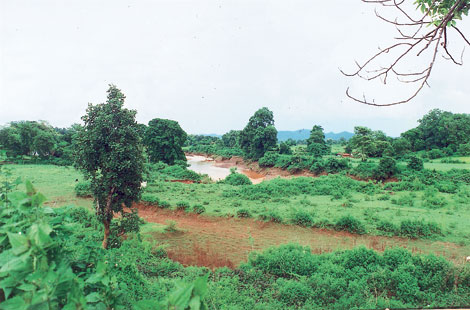 The physical aspects of Chiriia also provide benefits to its inhabitants. It is located at the latitude of 22.3°N and longitude of 85.27°E with an average elevation of 479 meters i.e. 1571 feet. The town is placed around the distance of 76 km towards west from its district headquarters while the state capital, Ranchi, is almost 126 km away from this place. The people of this village are governed by Panchayat who holds the responsibility to provide basic amenities within the area. Chiria is surrounded by Nuagaon Block towards west, Bisra Block also towards west, Goelkera Block towards East and Anandpur Block towards North. Apart from that, the nearby cities to Chiria are Joda (51 km), Biramitrapur (49 km), Raurkela (39 km) and Barbil (38 km).

According to the Indian Census of 2001, Chiriya has the total population of 3949 in which males constitute 51% while the females form 49% of this final estimation. Children under the 6 years of age are 15% in this village. Talking about the literacy ratio in this area, it has an average literacy rate of 57% of which male literacy is 68% and female literacy rate is 45%. Ho Tribal group resides yj this part of Jharkhand.

The people of Chiria are not far from basic utility services, which are available in almost all the towns of Jharkhand state. In these services, postal and banking facilities are the primary ones. The head post office of the region is located at Chaibasa while its sub office is placed within Chiria, which comes under the division of Singhbhum District Ranchi Region Jharkhand Circle. All kinds of postal services are provided to the people at this sub post office:

Besides the postal services, the inhabitants of this village also take benefits of efficient banking services which are offered to them by the various bank branches located in this place. Some of the banks in Chiria are:

Thus, the town of Chiria may be small in area but it has major economic significance for Jharkhand state. Its physical location provides many advantages to its inhabitants along with the availability of basic utility services ensure more convenient life to them.

Comments / Discussion Board - About Chiria